The perils of place.

My work has often situated itself in the liminal space between the known and unknown, between places, and from the precarious perspective of one who is neither completely on the inside nor the outside. The natural world and the built environment are conflated and reality and fantasy blur together.

Fata Morgana/Mondo Nuovo is a peepshow that presents an ambivalent narrative mythologizing the small Sicilian hill-top town of my family’s origin, employing many pre-cinematic themes and conventions to reveal a complex setting that is at once enchanting, idyllic and abysmal. True to any place, the more time spent looking, the more the curtain is drawn back to reveal hidden narratives.

Referencing mythology surrounding Mt. Etna and memes of Sicilian puppet theater, Fata Morgana, like a mirage or a castle in the sky, is a place of fantasy and rooted in mythology that holds the promise of harmony, appearing and reappearing suddenly and without warning, just like the Aeolian Islands that vanish in the changing light.

Mondo Nuovo, or the New World, recalls Tiepolo's fascination with these microcosmic scenes and the enchanting spectacle of watching while being watched. In this case, Mondo Nuovo reveals this place as though through a darkened lens; the constant menace of the hidden all-seeing eye, subplots in the periphery, falseness, a culture of excess and depravity, paranoia, complacency, and self-destruction obscured by the beautiful chaos of the natural surroundings.

When immersed in this real place, the outside world seems to disappear, and these contradictory realities flip and change as quickly as a glowing slide of a magic lantern, leaving me at once transfixed and burned like a moth to a flame.

The body of this piece is made of cast porcelain, wood, acrylic, and led lights. It sits on a custom-made wooden table. The interior scenes are hand-cut double-sided screenprints with watercolor.

This piece is still in progress and being editioned. The first of the edition was begun in 2016 and completed in 2017. I am continuing to cast, print and hand-color the prints. When complete, it will be an edition of four. The interior scenes are uniquely hand-colored and vary throughout the edition, and the cast-porcelain and box structures are variable as well. The third of four will be completed in early 2020. 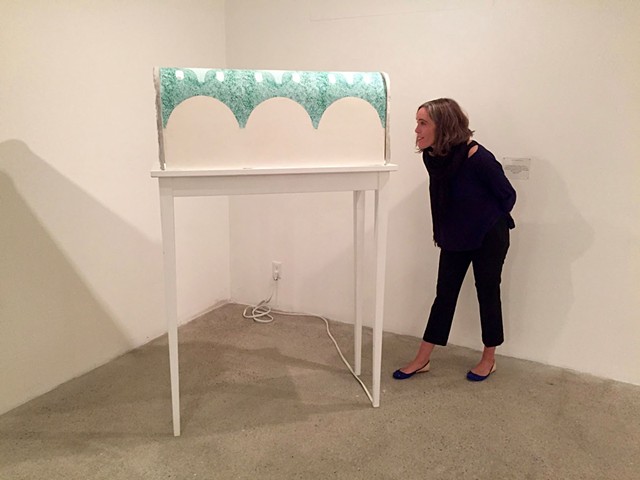 This piece is still in progress and being editioned. The first of the edition was begun in 2016 and completed in 2017. I am continuing to cast, print and hand-color the prints. When complete, it will be an edition of four. The interior scenes are uniquely 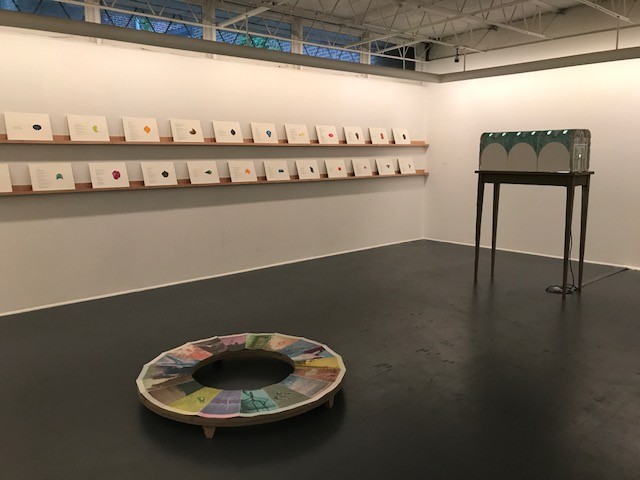 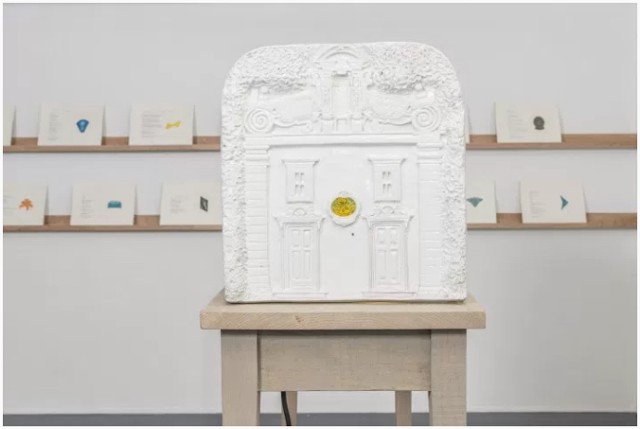 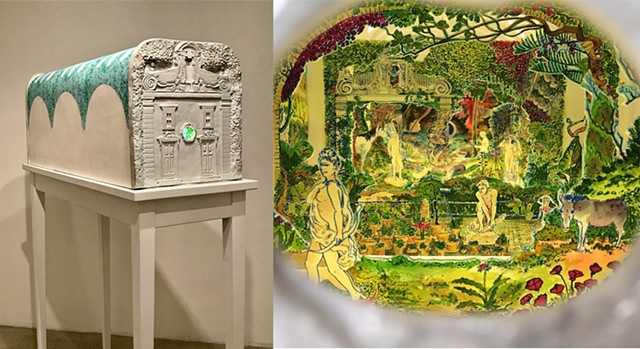 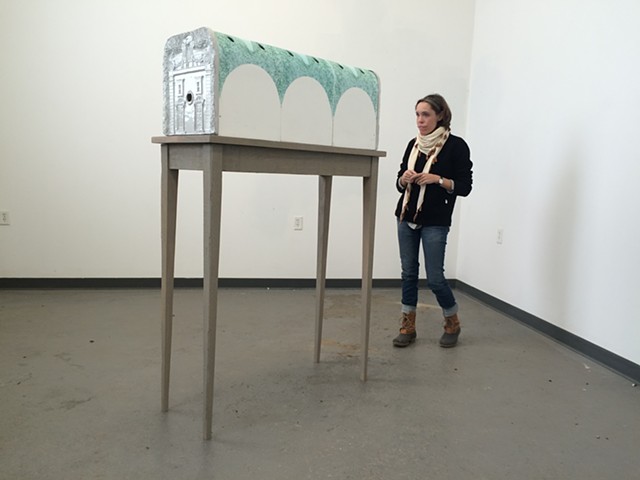 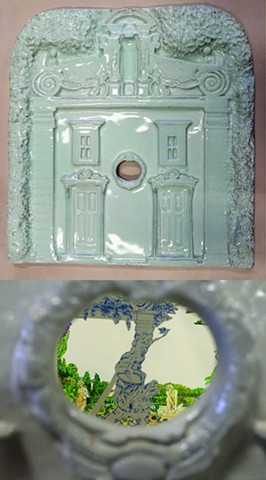 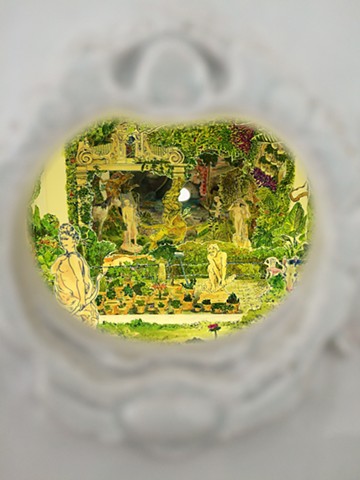 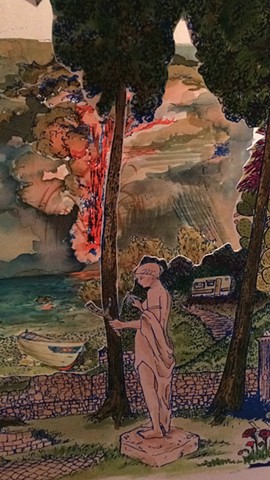 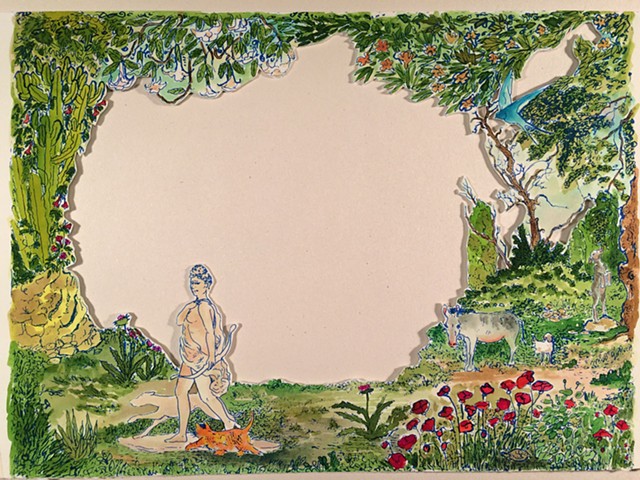 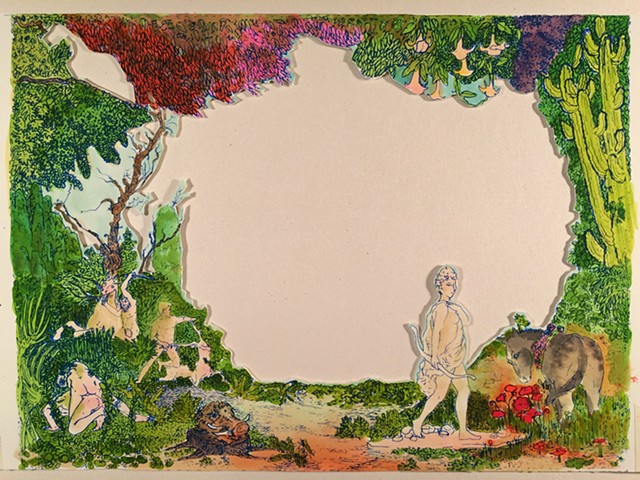 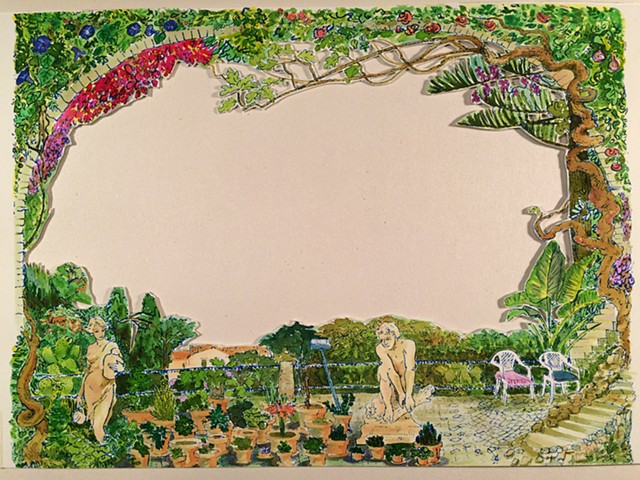 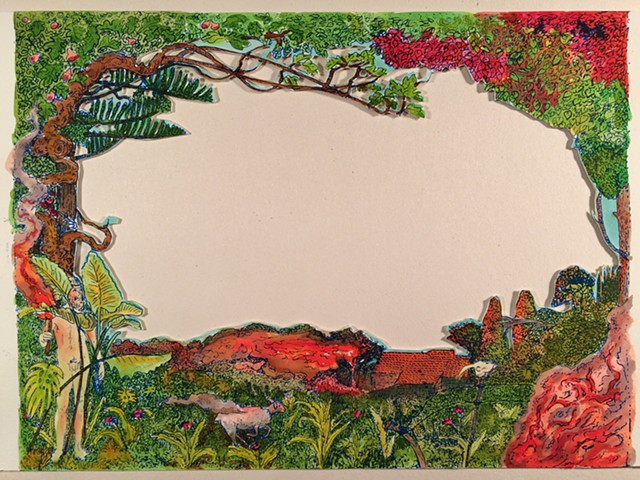 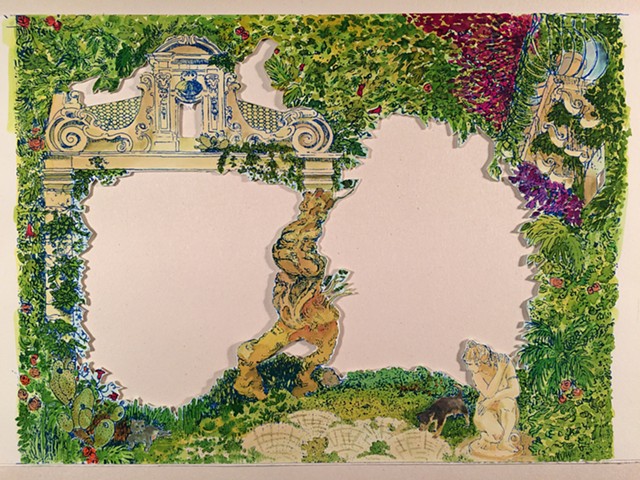 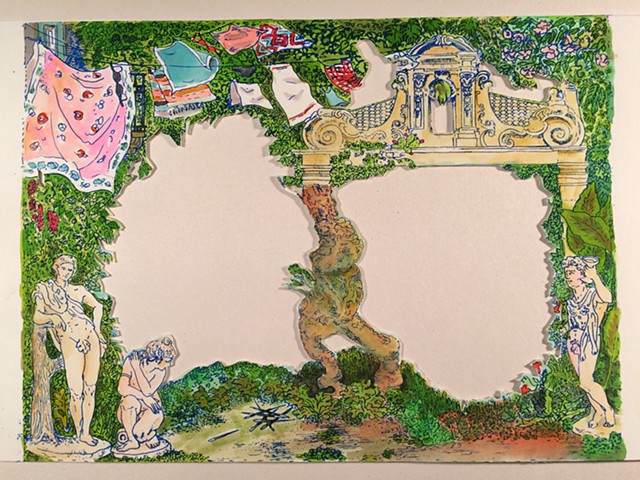 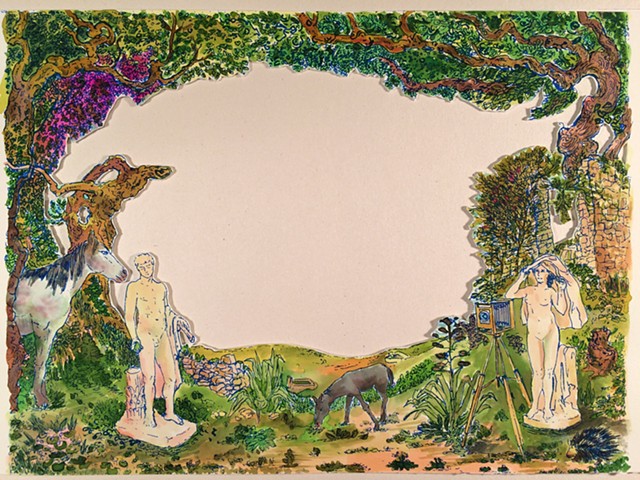 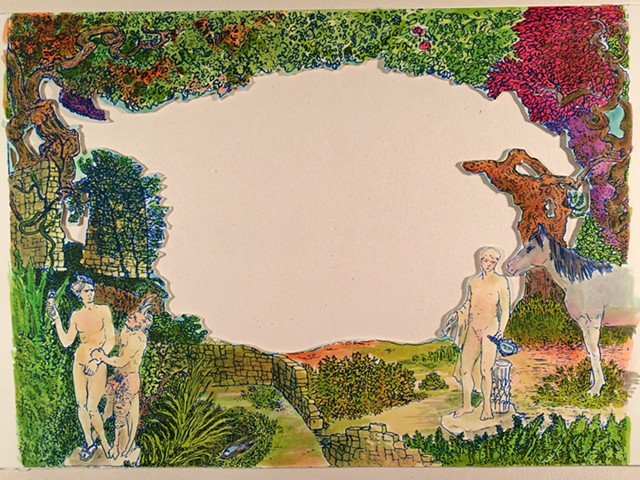 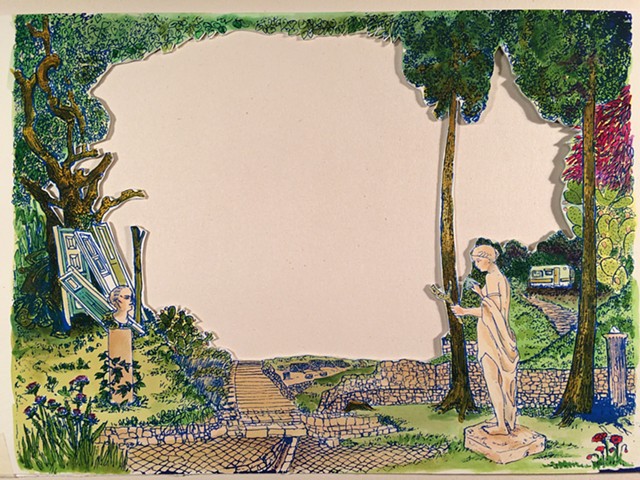 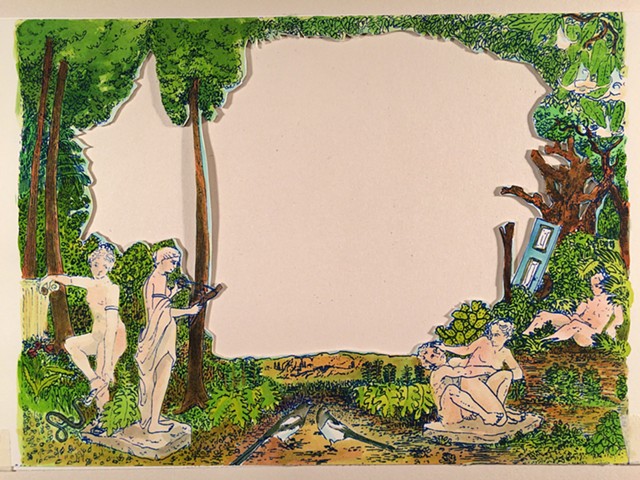 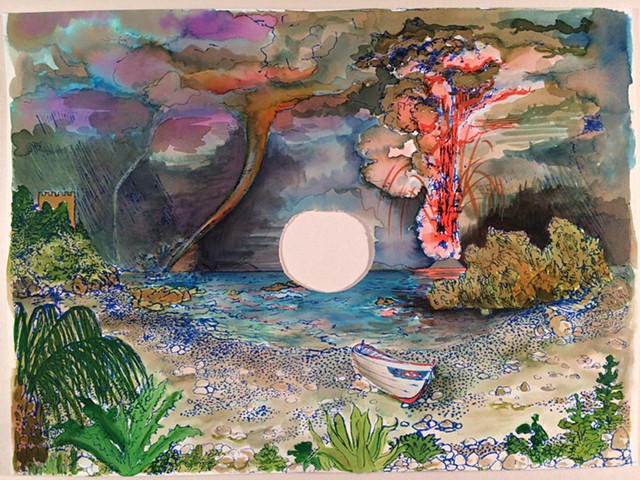 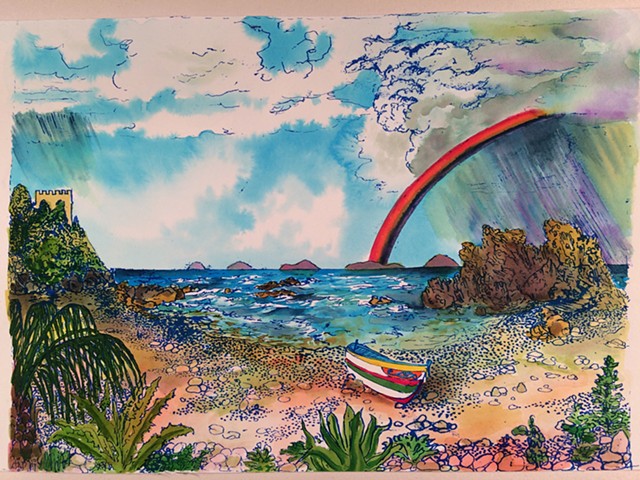 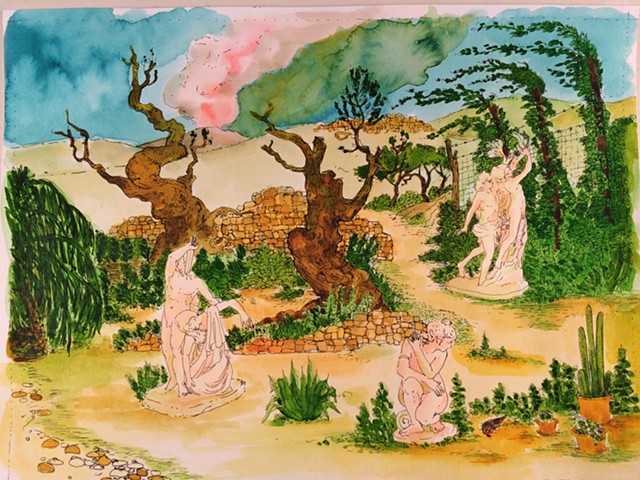 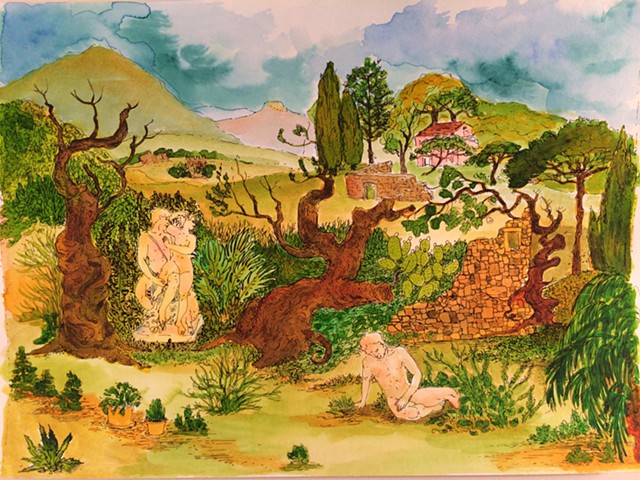