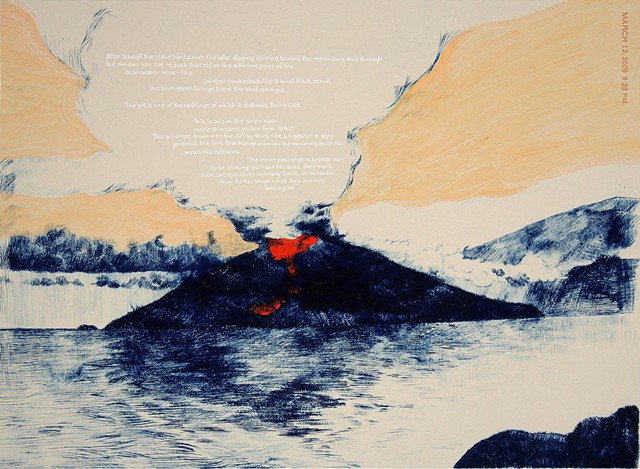 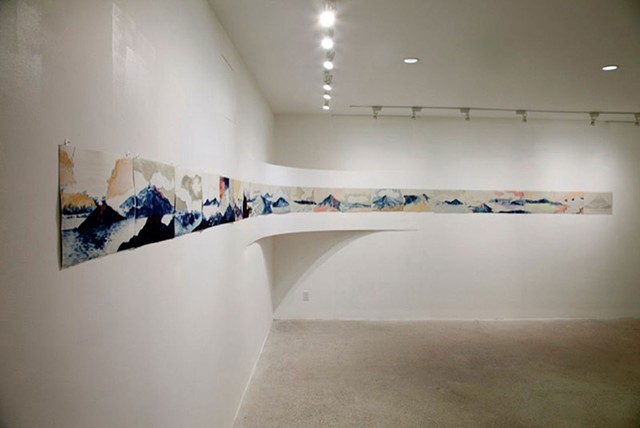 A Volcano Pilgrim in Exchange for Fire and Maintaining a Safe Distance and Living to Tell, at Spring/Break Art Fair NYC 2019 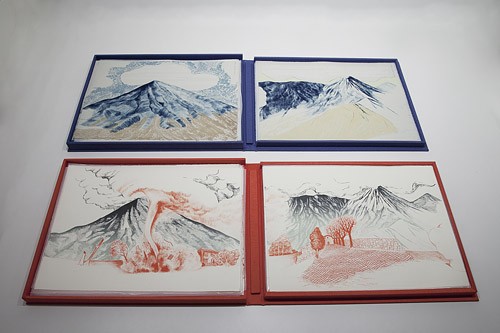 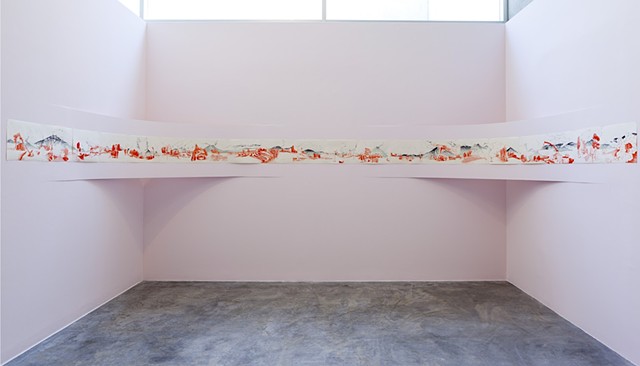 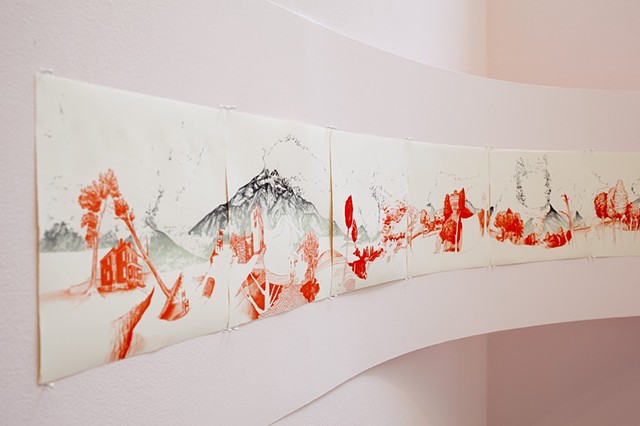 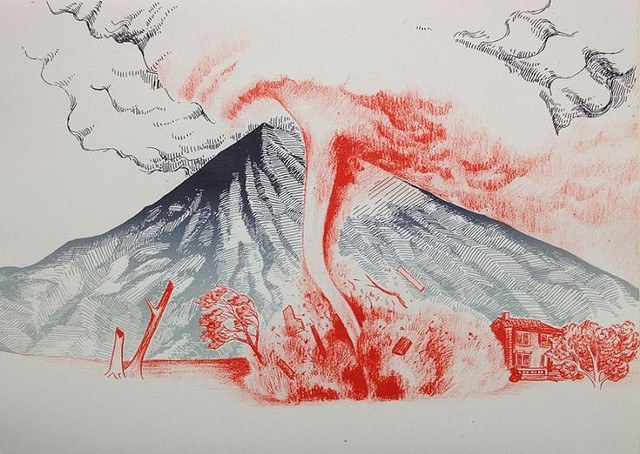 The Confluence of the Mythic, Nostalgic, and the Real

The recognition of the real presents an affront to attempts to mythologize the familiar and the foreign, and indulge in nostalgia. I aim to straddle these realms and seek authentic perspective from which to observe the world and address my subject matter, through the lens of the real.

I am repeatedly drawn to juxtapositions of the real and the mythic, as reflected in the Sicilian and Japanese culture, terrain and built environment. Since childhood, I’ve spent significant periods of time in Italy in close proximity to its famed volcanoes. Recent travels to Japan have contributed a complex counterpoint to my earlier investigations, allowing me to delight in the unforeseen points of intersection between my experiences in Sicily and Japan, while further highlighting the contrasts between those experiences and those in my native home, America. The violence and beauty of volcanoes verges on the baroque and merges into the psyche of the cultures that live in a volcano’s shadow – a rich metaphor for various aspects of my experience of both cultures. The confluence of the mythic, nostalgic, and the real continues to upend my notions of the foreign and the familiar, and where I locate myself in this milieu. My visual work is largely an attempt at crafting visual poetry derived from personal experiences that, through repetition and translation into visual forms, I allow to take on a mythic and nostalgic cast.

Anne Carson’s Autobiography of Red led me to further consider the viability of the volcano as metaphor in the scope of my own life and experience. In 2009 I learned of poet Craig Arnold’s disappearance and death on a Japanese volcano. Reading Arnold’s Made Flesh and his blog, The Volcano Pilgrim, I was captivated by its relevance to my own work – primarily, his thoughts on home and distance, the foreign and familiar and that longing that seemed ever-present in his work. He seemed to me someone who was also not only concerned with the image of the volcano, but with engaging with his subject matter from both extreme distance and proximity, in varying intervals, in order to reconcile his tacit recognition of the real with his circumspect approach to his infatuation with the mythic world of his own creation. The sense of foreshadowing and the uncanny in those final posts took on a mythic quality by which I was very moved, and I resolved to make artwork in response. My series A Volcano Pilgrim in Exchange for Fire (2010) was created soon after. My most recent series, Maintaining a Safe Distance and Living to Tell (2012), was created as a companion piece to A Volcano Pilgrim, in response to Arnold’s experiences and long-gone chapters of my own life. I set out to examine the settings and narratives of my own life through two lenses – that of the mythic and that of the real.

While examining one’s life through creative work, it’s tempting to fling oneself toward the unfamiliar and dangerous, as we can see from the life and death of the poet Craig Arnold or artist Bas Jan Ader. Casting off the comforts of home and familiarity are intensely difficult things to do, even for brief periods of time. Doing so often allows for clearer, unobstructed views of what one leaves behind, and of oneself. High and distant vantage points afford a view of things in their entirety, but soften the complexity of the act of bearing witness. One’s subject matter becomes more symbolic, mythic and elevated. By contrast, restricting one’s geography, as Thoreau and Dickinson did, enables intense voyages into the sublime. Gaining an equally clear, unobstructed view from a closer and deeper vantage point can be messy and difficult, the path to a clear view meandering and circuitous. Many lessons can be learned from both approaches as I venture further into my own content. Maintaining a safe distance means finding that middle ground, to have a firm footing in reality from which to view things objectively without losing the sense of intimacy and immediacy. I strive to continually locate those vantage points through my personal and professional endeavors, to occupy space between the mythic, nostalgic and the real. I want to devote time to the study of works by poets and artists who pursue similar ideas, to reach a deeper and more sophisticated understanding of what drives my studio practice, and to make meaningful contributions to the ongoing evolution of these themes.